One of the island's largest religious and social events is that of the celebration of the Saints. On the Saints day when all the church services have been performed the congregation are offered Greek coffee along with traditional pies and sweets. This sometimes is accompanied by rose water. A typical example of the way of life on the island is the celebration of 'name days' (as many people are named after Saints) These can be celebrated for up to 40 days after the actual feast day. 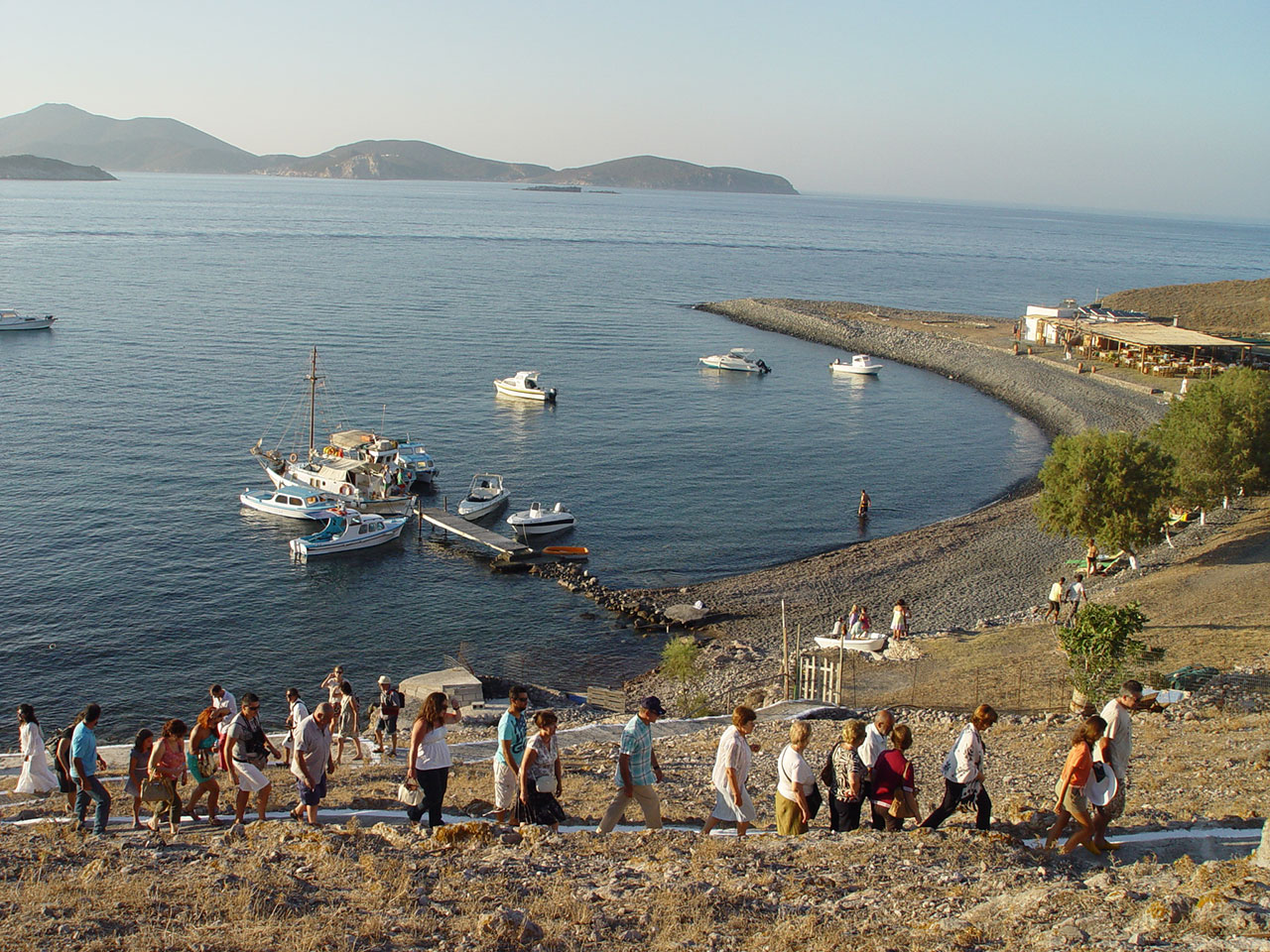 One day before the celebration of St. Panteleimon, a fest takes place on the nearby island of Chiliomodi. Early in the afternoon, small kaikia (boats) leave the harbor of Skala and go to Chiliomodi taking the faithful and visitors. They watch and take part in the evening hymn service (Esperinos), usually conducted by the Abbot of Patmos, at the picturesque chapel of St. Panteleimon . After, the celebration continuous at a small taverna with music, dance and wonderful food.
The fest of St. Panteleimon on the island of Chiliomodi, is an outstanding event and gathers many visitors who are interested in traditional and religious ceremonies. The backdrop of the deep blue sea against beautiful natural scenery, along with feasting and great food makes it one of the most prominent events.

Οne day before the celebration of Metamorphosis of the Savior, celebrates the church of Christos that is located in Kato Kampos on the way to Lampi. After the evening hymns, the fest continuous at the restaurants situated in Kato Kampos.

The most well known feast it that of Panagia Geranou and takes place right after the evening hymns on the day before Assumption Day. It is held at the Chapel of Panagia tou Geranou which is one of the island's oldest monuments and is situated at the top of a hill in one of the most beautiful landscapes of Patmos. This location of outstanding unspoiled natural beauty is visited by thousands of foreign and local visitors during the summer months.
According to archaeological finds, there was a pre-Christian quarter with barriers and a pagan temple on whose ruins a Christian temple was built that later collapsed. On these ruins the fisherman (inhabitants of Konsolato, Skala) built a Christian temple with two longwise divisions that stands until today. The chapel was built 160 years ago and consists of 2 small temples, (Assumption of Virgin Mary and St. Julian) that share the vestibule. From the chapel one has an amazing view that stretches to the entrance of the main harbor, Chora, the Monastery and the surrounding islands of Chiliomodi, Leros, Lipsi, Arki, Marathi etc. A governing committee, formed of residence of Konsolato, is responsible for the protection and maintenance of the small chapel and annually organizes one of the largest Traditional Fests that take place on the Island of Patmos. Early evening hymns are conducted in the church and it's outside terrace is packed with visitors, locals and children, both the young and old, After the evening hymns everyone enjoys food, drink and music, which is performed by a local traditional band. Dancing continues until the early hour of the morning. 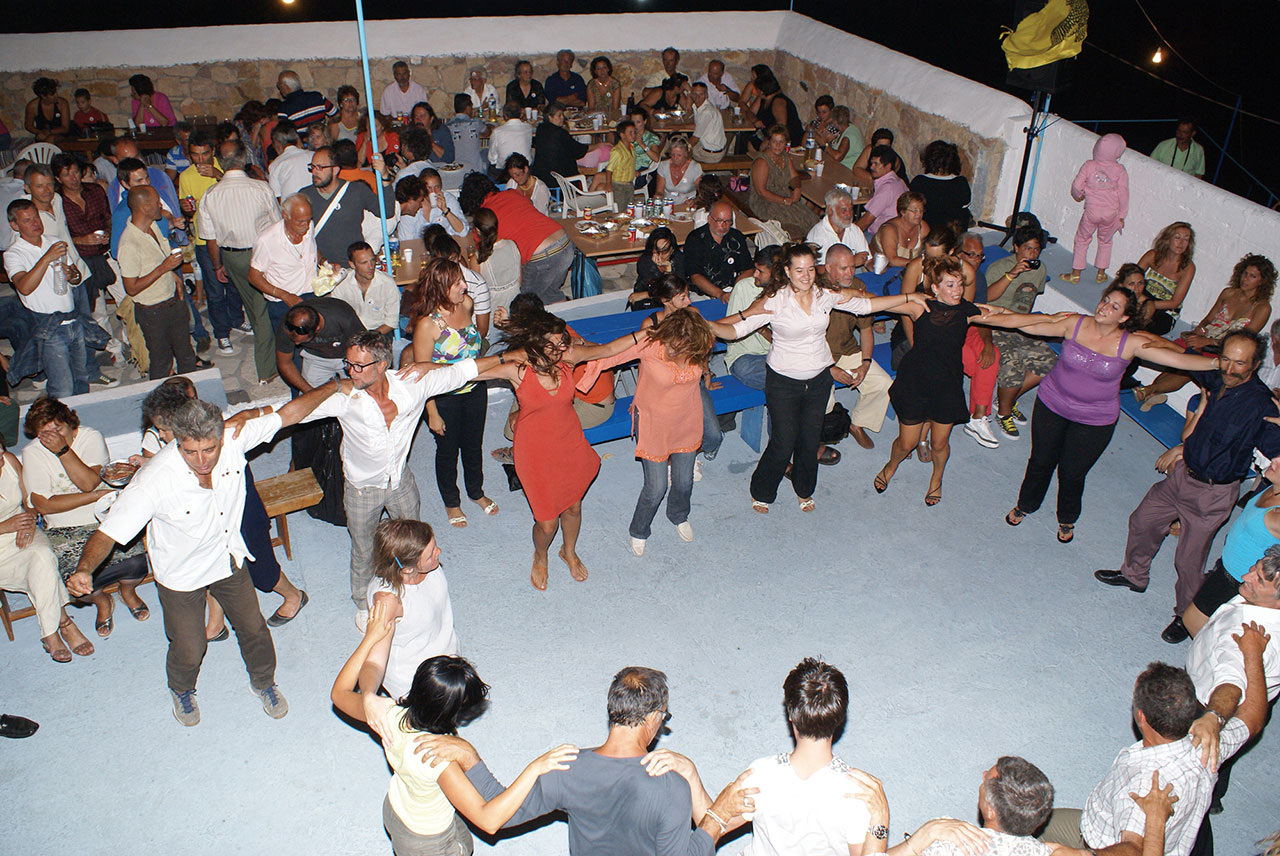 Agia Thekla Osiapostolos celebrates on 24th September. The chapel of St. Thekla is located on an islet that shares the same name, opposite Agriolivadi beach. From the early hours rented boats, full of visitors, arrive for the evening hymns, the breaking of the loaves, and the splendid coffee serving. In the evening, a wonderful feast begins with food, wine and singing.

Fest of Ascension in Kampos 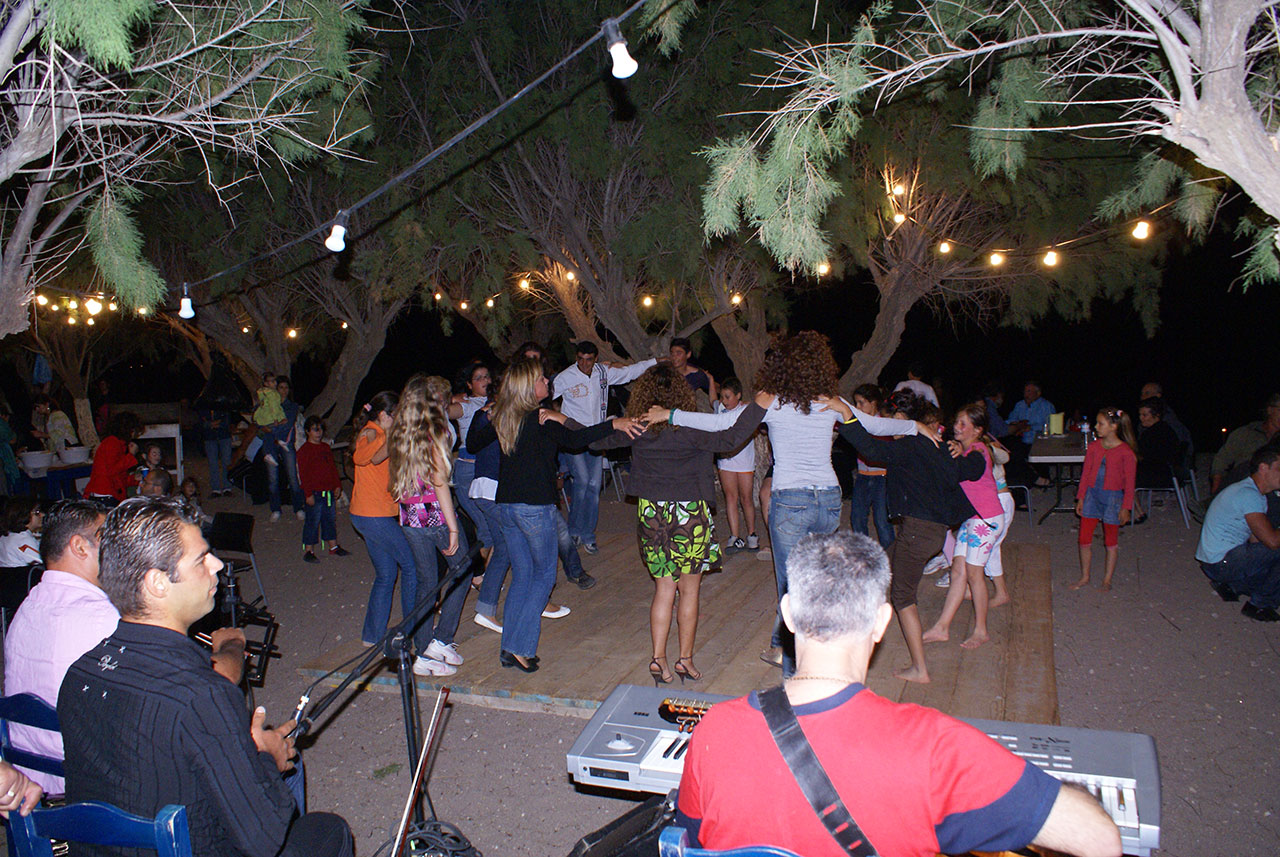 Fest of Ascension in Chora 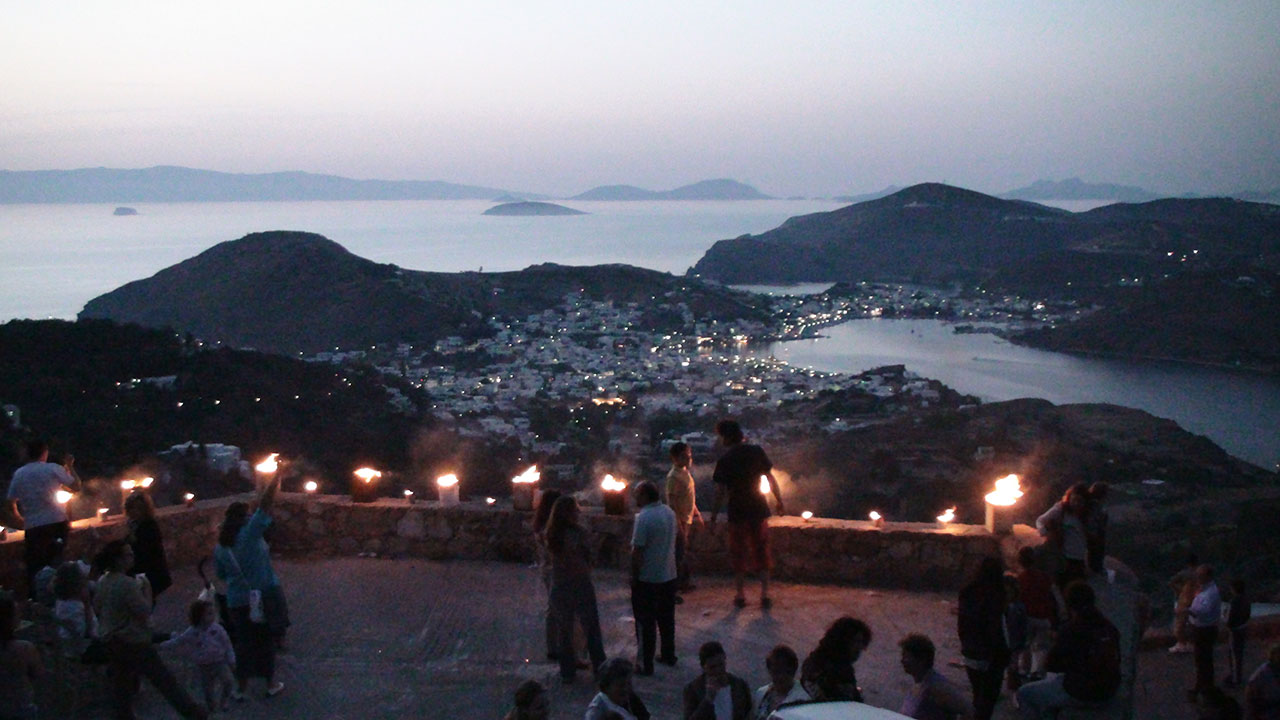 On 23rd August, crowds of visitors enjoy the famous Fest of Panagia which is celebrated on the island of Arki. The Fest takes place at the square by the sea, where the taverns put out their tables and everybody celebrates together until early morning, with local food, live traditional music and dance.