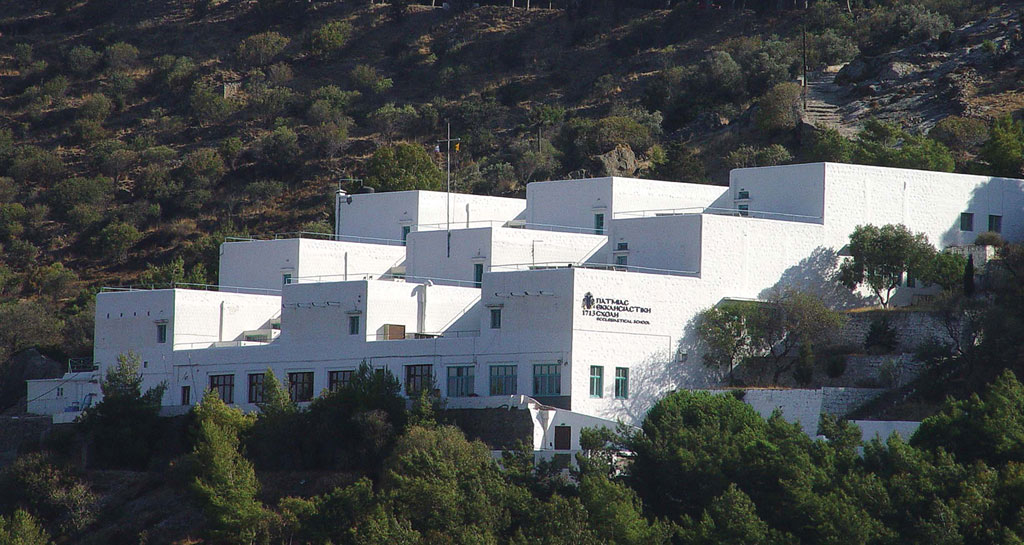 The foundation of the Patmian School "The common school of the nation" is the most important issue of the history of Patmos in the 18th century. With Constantinople as its centre, the scholars of the nation prepared teachers who would go to different parts of the enslaved Hellas to create schools for the Hellenic letters and awaken the will for liberation!
One of these enthusiastic and faithful teachers was the founder of the great School of Patmos, the Makarios Kalogeras from Patmos. Makarios studied theology and philosophy at the Patriarchal School of Constantinople. He was supported by many well-known families such as the families of Mavrokordatos, Ipsilantis, as well as the Metropolitan bishop of Nicomedia, who saw him as his successor. However, Makarios loved his teaching and he returned to Patmos in 1713 and created the School in the Cave of Apocalypse!
His consultants and supporters were scholars of the nation and Emanuel Ipsilantis, was one who supported the project financially. He built a few cells there for himself and his few students. The reputation of the School began to spread and very soon there were students arriving not only from the neighbouring islands, but also from Peloponnese, Athens, Bucharest, Asia Minor and Russia! These crowds of students arriving forced Emanuel Ipsilantis to build more cells.
At the beginning, Makarios taught by himself. However, soon he began to receive help from his senior students. His student Gerassimos Byzantios became his friend and co-operator, who continued the work after 1737, when Makarios died.
The course of the School of Patmos was extremely hard in the years to come. From 1902 it began to operate as a hieratic school and in 1907 it was forced to move to Samos due to financial problems.
In Samos it continued to operate successfully only for a few years and it later closed down. Its activity continued after the liberation of the island in 1947. This is when it was rebuilt on our island, only a few meters away from its old location.