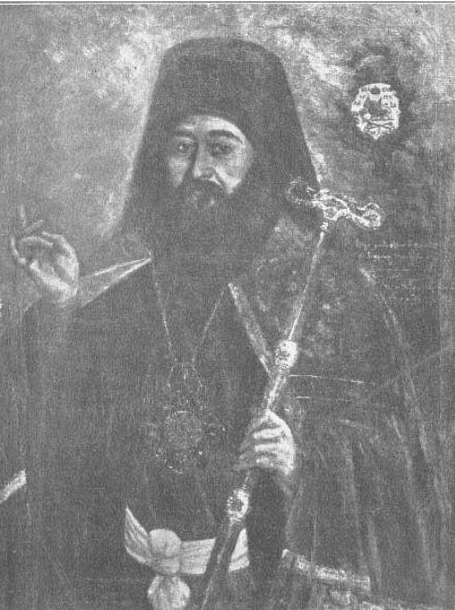 He was born in Patmos in 1764, and was taught his first lessons at the School of Patmos (Patmiada). Then he proceeded to Andrianoupoli to study at the side of his uncle Parthenio, chancellor of Metropolitan Kalliniko and then patriarch of Alexandria. In 1789, he went to Istanbul and then was placed as a tutor in Cairo, where he became a monk, he was given the role of a church dean and in 1797, he became Metropolitan of Libya .
In 1802 he went to Rhodes and met Metropolitan Agapio and Alexander Soutso who then was a voivode of Moldavia and in exile. In 1806, after the death of his uncle Parthenios, he was elected Patriarch of Alexandria. In 1819 he went to Patmos to recover and got initiated into "Filiki Eteria" from a member of a team with specific jurisdictions called "Eforia" of Patmos. After the declaration of revolution, in April the 12th 1821, he raised the flag of independence, and gave a passionate speech in order to encourage the Patmian people to Fight for the country.