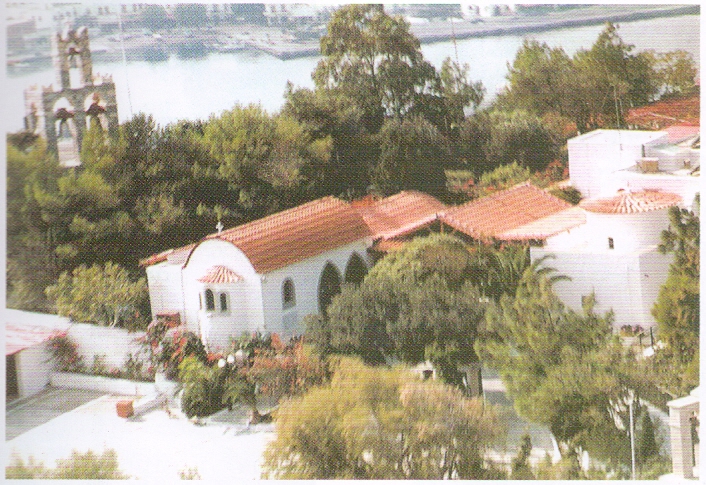 Built at the northern side of the harbour of Patmos, Skala, it is well known as " The Hermitage of Panagia Koumana", because of the miraculous icon of Holly Mary. The brotherhood of the Holy Monastery of Patmos gave its permission and the hermitage was built by St. Makario Notara, a
Corinthian Bishop, who was a member of the "Kollivades" movement. He was exiled on Patmos accused of abetting Greek revolutionary actions. St. Makarios was famous for copying manuscripts and codes and a significant part of "Filokalia" texts are due to his work.
Agion Panton Koumana celebrates, All Saints Day on 17th April, The Memorial Day of St. Makarios.
+30 22470 31489 +30 22470 31489 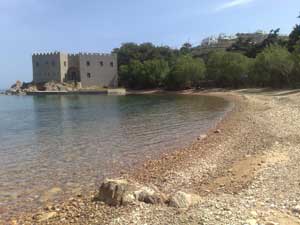 This hermitage, with three cells, was built in 1955 from the pre Abbot of the Monastery of John the Theologian. The chapel of St. Nektarios, just across the small islet called Pilafi, was built in 1968, in place of a hermitage and a small chapel inside a cave which was dedicated to St. Lukas.
It celebrates on 9th of November. 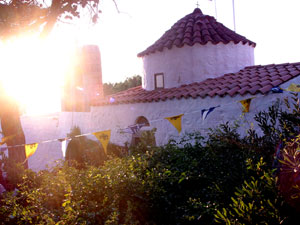 The hermitage of Panagias Griva is built at the West side of Chora between the hill of Kalamoti and the Monastery of Evaggelismos. It was built in 1790 by Patmian St. Gregory Nisirios, the monk Nifona and by other monks, who left Mount Athos and came to Patmos. The church is dedicated to the Assumption Day and celebrates on 23rd August, at the performance of the Assumption of the Virgin 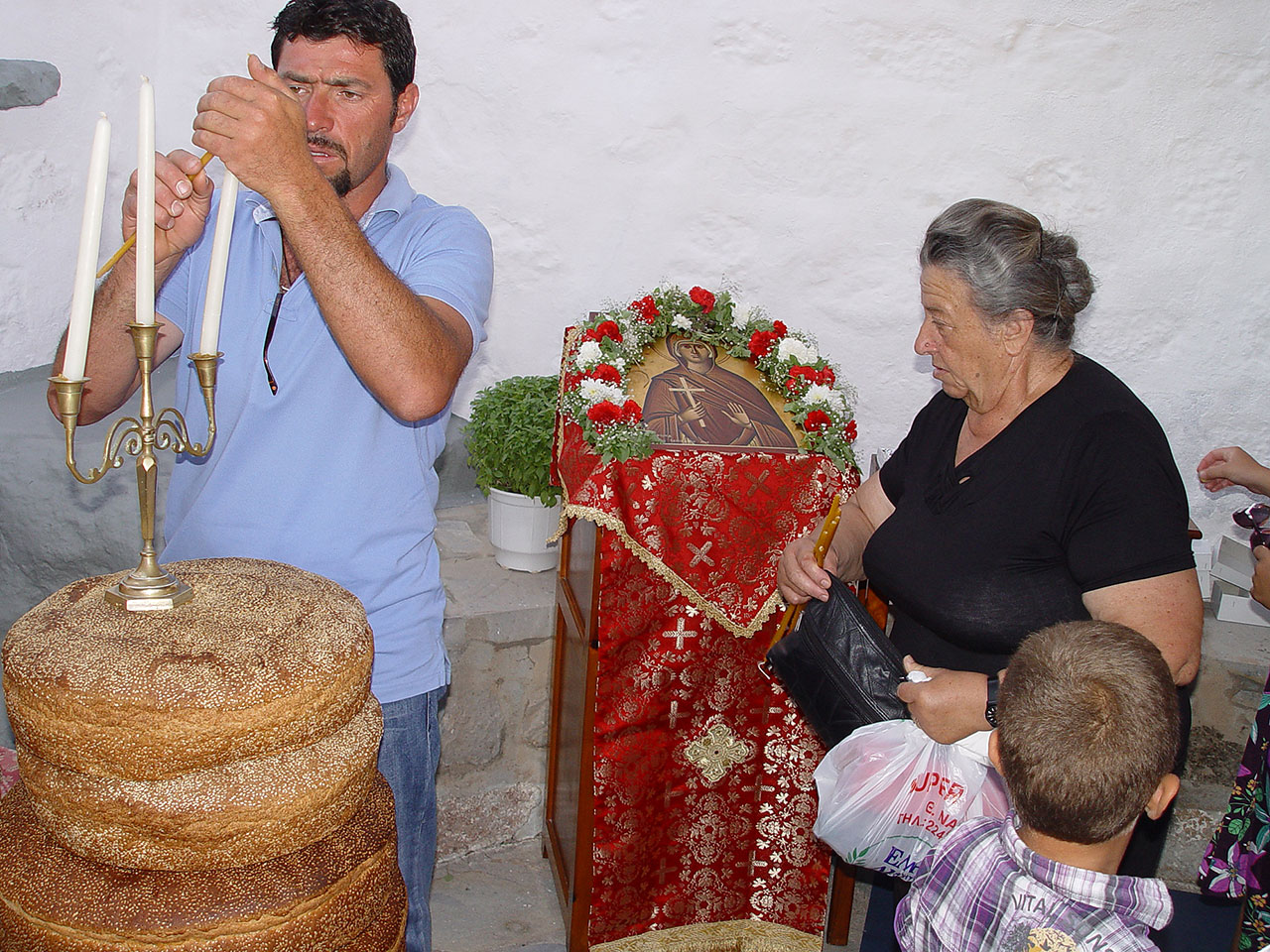 It is located at the left side of Osios Christodoulos gardens, on the Southwest side of the island and is dedicated to the great martyr, Saint Paraskevi. It celebrates on the 26th of July

Built on the North coast of the Bay of Stavros, and was created by the elder scholar Amfilohios Makris.

The church is dedicated to Josef Mnistoras.
It has been a place of asceticism used by important spiritual figures of Patmos.
It celebrates the first Monday after New Year's Eve. 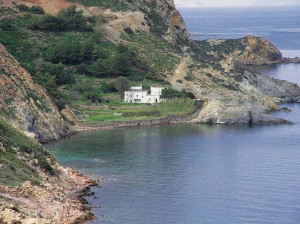 Situated Northeast of Geranos in the area of Thermia.
It was built by the Monk Apollo it consists of a small church and cells with a surrounding wall. The charming little harbour situated there sees warm water from the bowels of the earth.
It celebrates on All Saints Day.