The Nunnery of Evangelismos ( The Annunciation 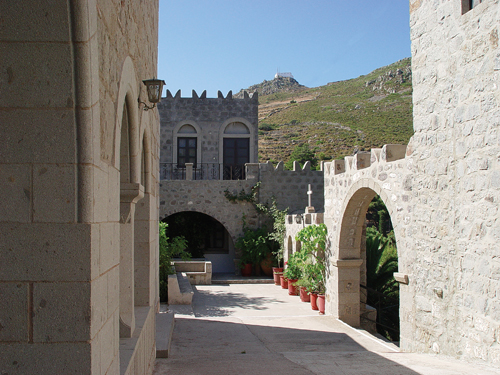 The Nunnery of Evangelismos ( The Annunciation)
The nunnery of "The Annunciation to the Mother of the Beloved One" was built in 1613 from a Cretan monk of the Monastery, named Nikiforos. It is southwest of Chora. It is consisted of the temple of the Evangelistria
(Our Lady of the Annunciation) of the side chapel of St. Luke and from a three-floored fortified tower with the side chapel of St. Antonio. The foundation of the monastery is dated from 1936, from the monk Amphilochios Makris, a great spiritual figure. He worked hard for the constitution and the development of the nunnery. 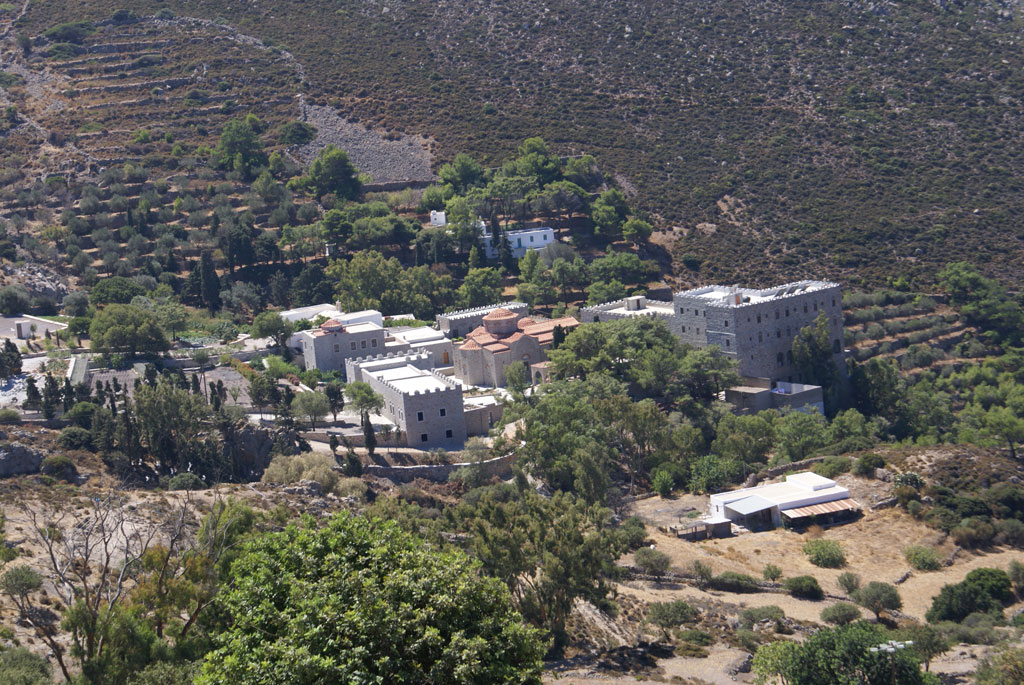 The Nunnery of Zodochos Pigi. 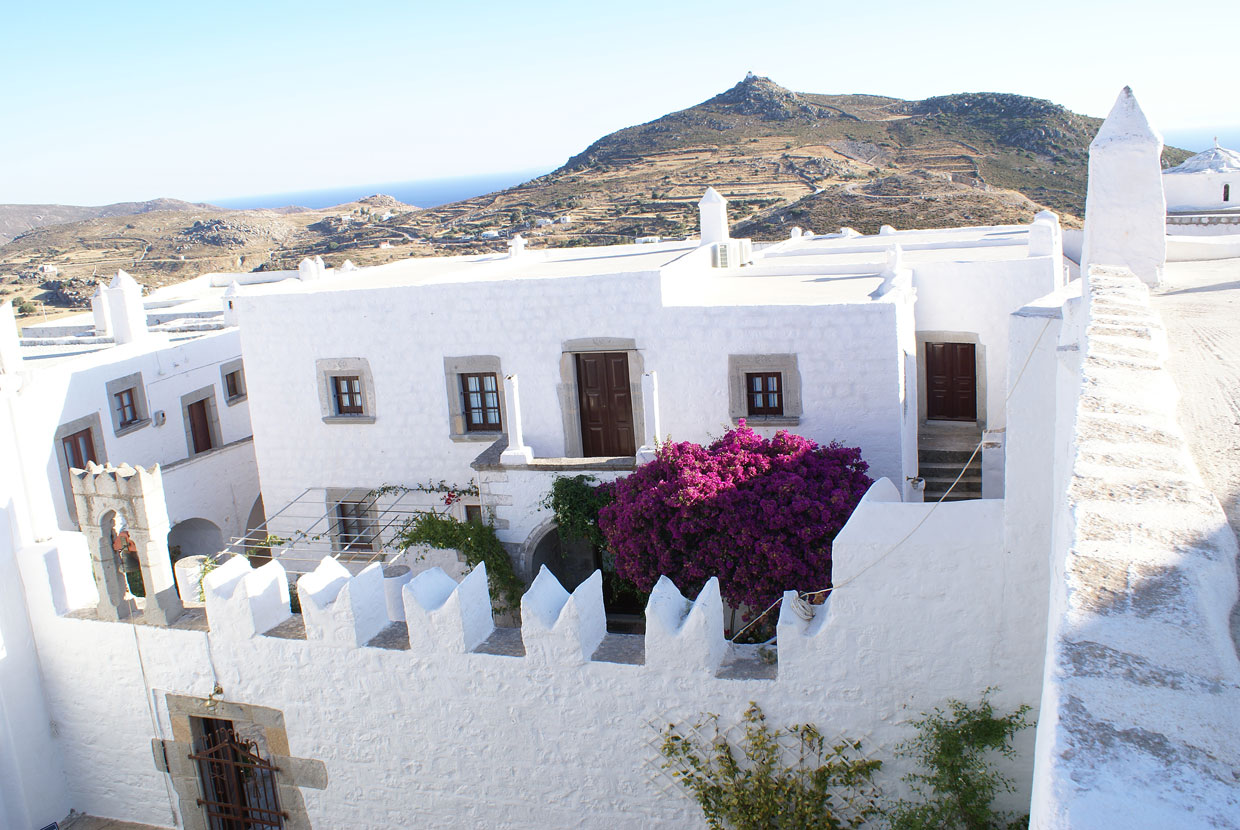 It is located southwest of the Monastery and it was founded 1607 from the Patmian monk Parthenio Pangosta with a sigil from the Ecumenical Patriarch Timotheo the 2nd. It celebrates on Easter Friday of Zoodochos Pigi

The Nunnery of Agia Agion (Holy Saints).
This nunnery is a small monastery and it is near the nunnery of Zoodochos Pigi, located southwest of the big Monastery

Patmos has a rich heritage of churches mainly in Chora. Temples built encounters and even inside homes. Many that these are parishes with chaplains and operated on Sundays and holidays.

Church and chappel of Municipality 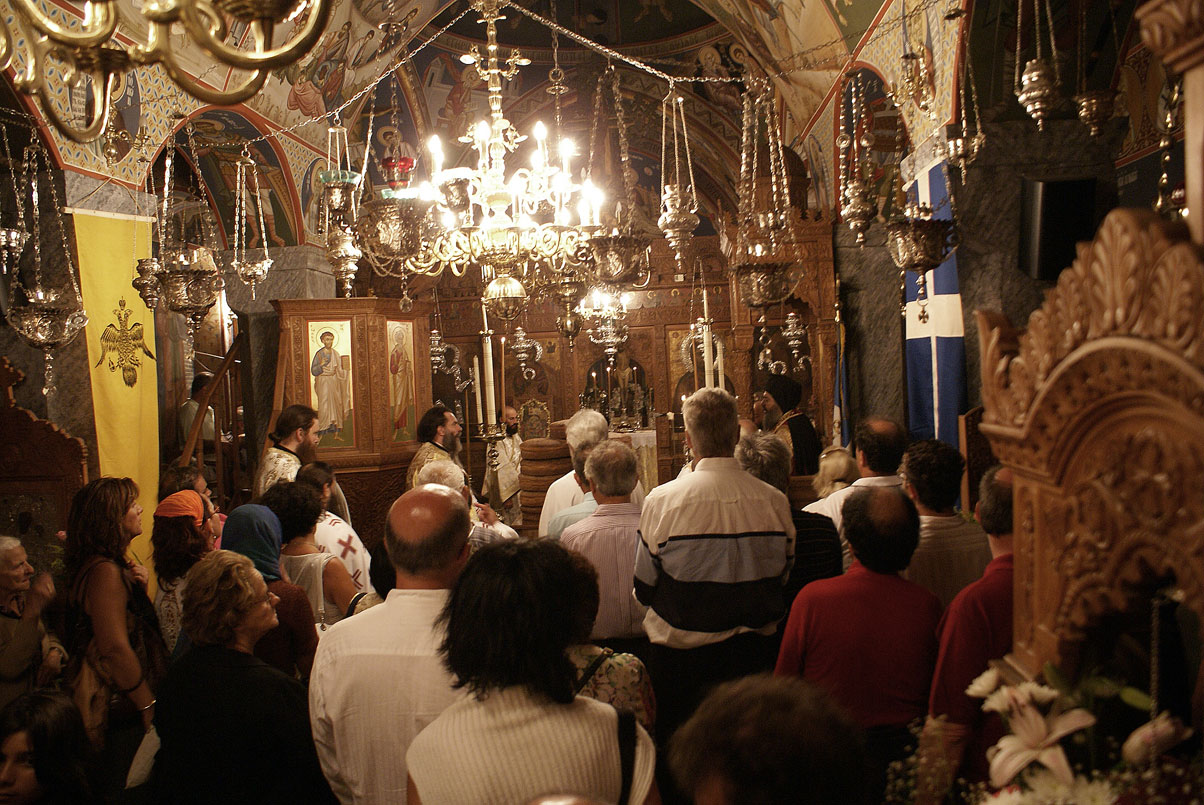 The Church of Panagia Diasozousa built 1500 AD from Patmian family. In 1599 the church was renovated by donations Patmians because of the miraculous image of the Virgin was named Panagia for rescues. There have been many miracles according to tradition, the rescue in 1732 of Patmos Efstratios Glykonikita from the hands of pirates..