After passing Grikos beach, you come across a strange looking rock with a peculiar shape. This is the ever inspirational Rock of Kalikatsou. It's volume and impressive physical presence seems to emerge from the sea. Many hermits chose to live on Kalikatsou, and managed to turn it, by all appearances unfriendly rock, into a comfortable place, by carving steps, a cistern, a place for coal and candles, living their traces on the rock forever! Many stories are connected with the Rock! The mostly the widespread traditional story refers to the Monastery of John the Theologian and a hidden door, a crypt that leads to a tunnel. According to this story, the tunnel, crosses the South side of Chora and ends in Petra. It was created so that the monks could carry the Head of The Apostle Thomas and all the other relics and treasures owned by the Monastery, to the leeward bay of Petra and preserve them during the pirate's invasions on the island! 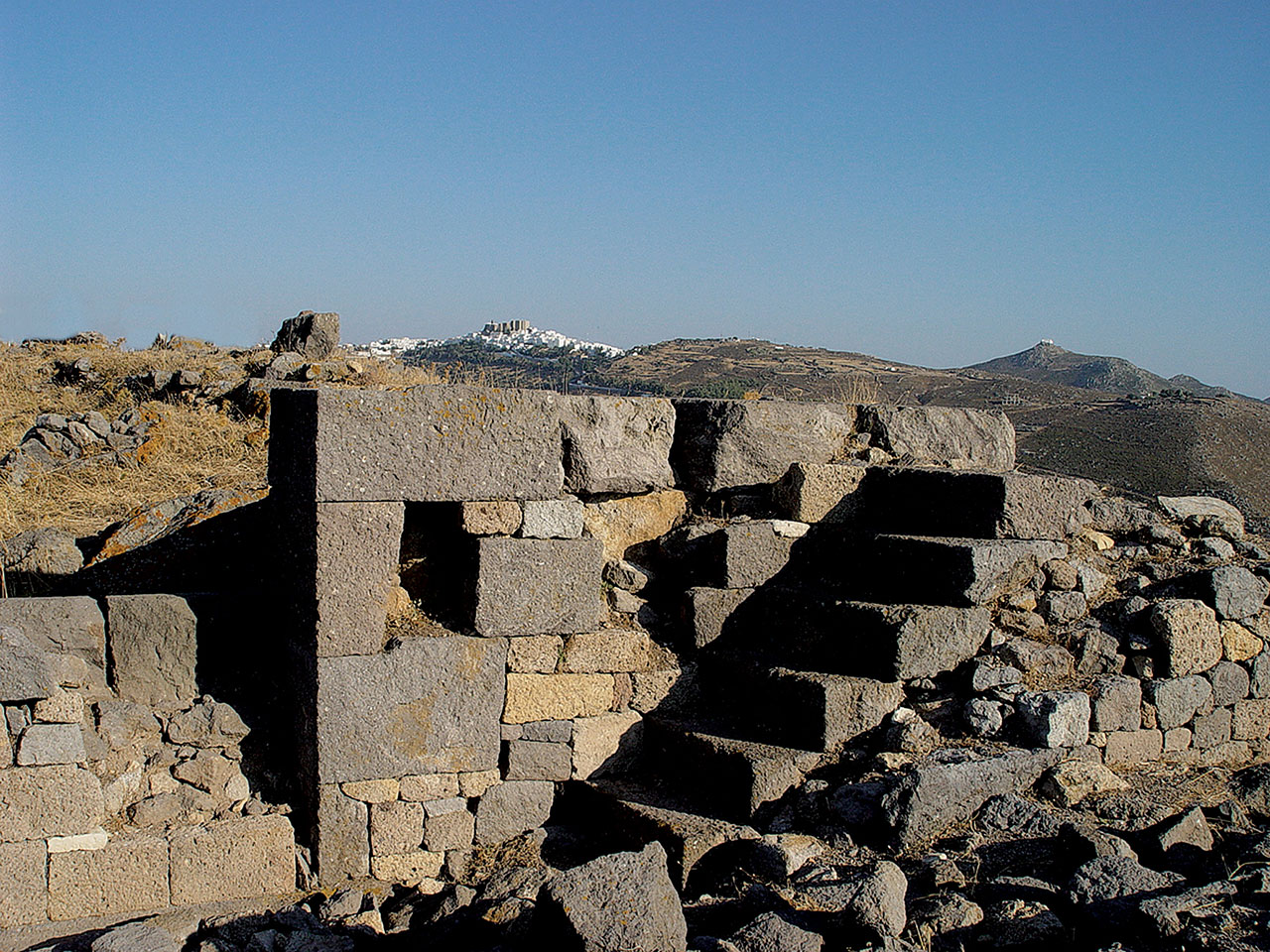 An Acropolis existed on Kasteli in Skala, naturally and artificially entrenched, the remains of which are visible today. Its fortress, built with black trachiti and reinforced with towers, it is an example of Hellenistic masonry of the 3rd century BC which was used until the Roman times.
The temple of Apollo was built on Kasteli. The Nikolaidi Mansion in Chora, was built between the 17th and 18th centuries and is an architectural example of the islands' urban class. The building consists of rainwater tanks, storage and preparative spaces on the ground floor, a reception area and halls. On the first floor is a semi-outdoor concourse with large verandas. The building of the mansion followed the same pattern as the rest of its contemporary mansions.
Its unique element is that of the St. Nikolas' chapel, and notably it's richly decorated "abataros", a wooden construction, on the upper floor, that was used as a partition and had a storage space. After damage caused by an earthquake in 1956 continuous restoration work has restored The Nikolaidi Mansion to its' former glory. The mansion also has an exhibition space.

This is a forest of Wild Strawberry trees and one of the only three remaining forests in Greece. It is located just before Lampi beach. The Simandiri Mansion was built in 1625 and in present times is a private residence that has its upper floor open to the public as a museum. It is located in Chora, close to the Holy
Convent of Zoodohos Pigi (The fountain of life). On display is period furniture, kitchen utensils and various collectable decorative items. Amongst the Art Works you can find a painting by Nikolao Gyzi and Russian icons from the 14th and 15th centuries. 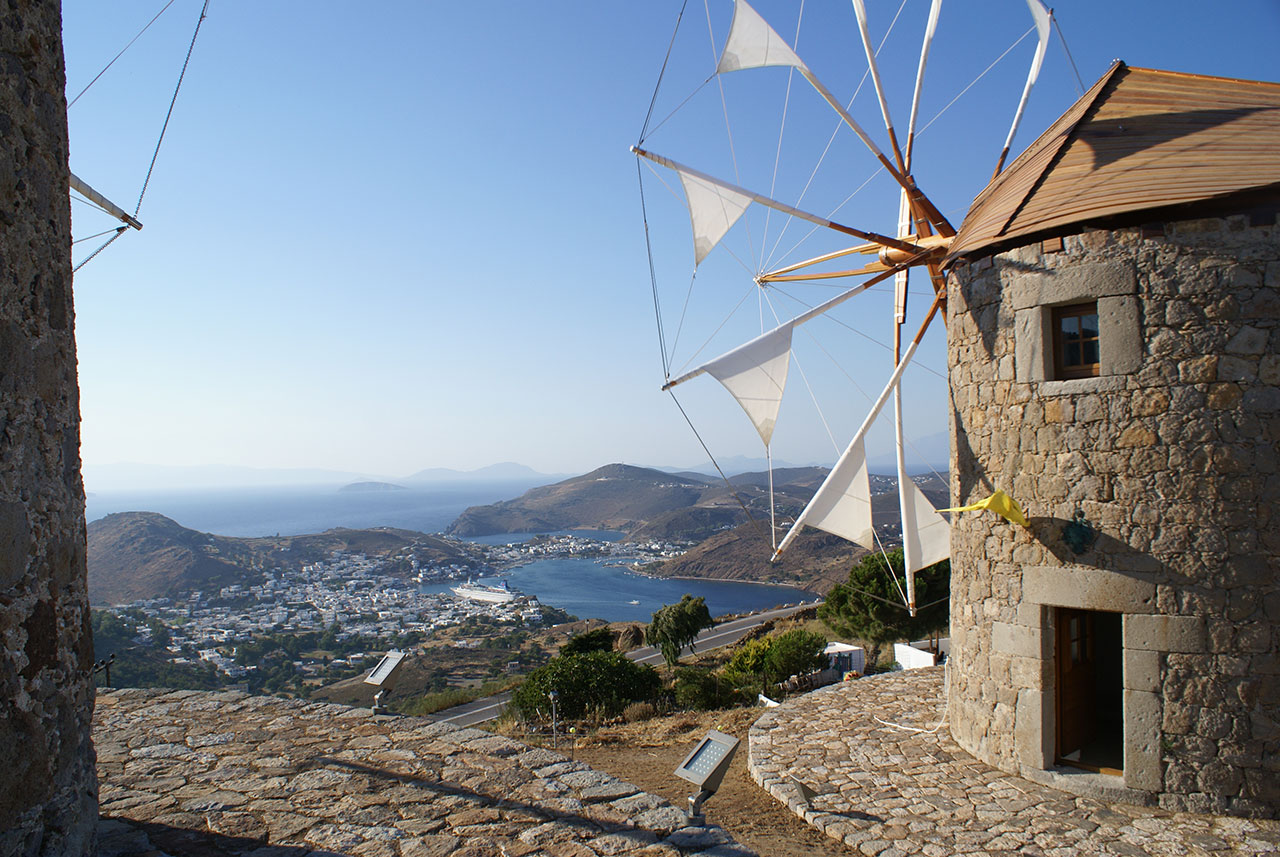 The Windmills of the Holy Monastery of Patmos have been declared a Monument of World Heritage by UNESCO and are situated on the top of a hill in Chora. Two were built in 1588 and the third in 1863. When flour production stopped in 1950, the windmills were abandoned and in decline, like most windmills in Europe. In 2010 they were restored with the initiative and founding of Charles Pictet a Swiss Banker and navigator, who is a friend of Patmos and of Niarchos' Institution.